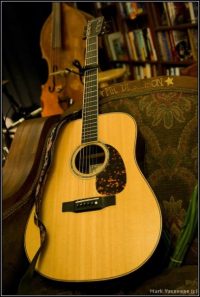 If the American South – and Mississippi in particular – is known for stories and songs, the work of the late Willie Morris and Jim Dickinson ordains them as cultural  ambassadors. Neither was a cookie-cutter hero; each brimmed with the quirks of genius. We lost Willie in 1999, Jim in 2009 and yet, thanks to their artistic fortitude and – in Jim’s case, his family’s tenacity – both have posthumous books published.

The title of Jim’s posthumous memoir speaks for Willie too, I’m Just Dead, I’m Not Gone (University Press of MS). Dickinson had a wide-ranging career, from his Memphis jug band youth to winning a Grammy with Bob Dylan to recording “Wild Horses” with the Rolling Stones. (His detailed description of Jagger and company writing “Brown Sugar” is worth the book). Dickinson traces his musical roots to “Dishrag,” an older African American handyman who, he was told, “used to be somebody.” Dishrag showed the 13-year-old Dickinson his first blues “codes,” – “Codes! Like Captain Midnight!”

They turned out, of course to be, “chords'” (“three up, four down – just like poker”) and Dickinson filled in the rest.

Armed with the secret to boogie-woogie, Dickinson eventually embarked on his journeyman rock and roll life across a map of music, from Chicago to Memphis, Texas to Miami, Muscle Shoals to Hollywood, to his Zebra Ranch studio in the wilds of Tate County, MS, near Coldwater, and finally, to his gig as our bandleader on The Thacker Mountain Radio Hour (2005-09). Jim founded our house band, named them the Yalobushwhackers, came up with the show’s current theme song and set out the band’s mission: “It will be a four-piece that plays like a trio.”

Jim’s book took years to come to publication. His wife Mary Lindsay and sons Luther and Cody (known to the world as the North Mississippi Allstars) sifted through agents, editors and publishers before the book was solidified. What never changed was Jim’s cosmic backwoods hoo-doo prose:

In the Coldwater bottoms, prowling panthers scream like a woman. Secret bones of ancient outlaw phantoms stir in the thick, red mud of the riverbed, as grandfather catfish circle silent in the green water. Evening rain has left the air thick and steam rises from the dark, mossy earth bubbling up from what unknown caverns. The sun bobbles like a fishing cork, as it sinks into the cypress trees along the levee and finally slips below the horizon. It’s show time.

Willie Morris was a Rhodes Scholar with the heart of a good old boy. He could quote Faulkner while playing silly phone pranks. At age 33 he became the youngest editor of America’s oldest magazine, Harper’s. That same year, he published his autobiography, North Toward Home, which became a bestseller and inspired the London Times to compare him to Mark Twain. He went on to write some two dozen books, four of them while living on Faculty Row on the campus of Ole Miss. Willie is remembered with much affection by Oxford “townies,” myself included, who recall his time in Oxford. (He was Writer-in-Residence at the University from 1980-1990). His Faculty Row bungalow was the scene of many late night gatherings of friends, barflies, dogs, local politicians, football coaches and last call insomniacs.

Willie grew up in a time before television and rock and roll and like many small-town teens – in his case, Yazoo City, MS – he embraced sports for excitement and passion. He combined small town life and sports with his love of dogs in his 1995 bestseller, My Dog Skip. His essay collection of his athletic youth, Always Stand In Against the Curve, was reissued in 2017 by Oxford-based, Yoknapatawpha Press. 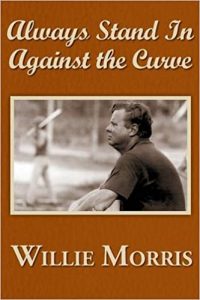 The book’s dreamy prose shows that Willie took sports to heart and used it as lyrical springboard. Here’s the opening kick-off of a high school football game from The Fumble, the only fictional piece in the book:

In the course of human events, as all mystics comprehend, there can be magic, defying all logic, which will seize a moment, something absurd and indeed existential, undergirded by old unfathomable mysteries – the eternal enigmas of the Old Testament, for instance – and this, of course, is the material of poets. On that faraway night, in the instant the Jackson kicker let fly his long end-over-end kick, there had to be a poet’s soul in Bubba Poindexter as he stood waiting on our five-yard line.

Jim Dickinson and Willie Morris are most definitely not “gone.” Dickinson’s book comes with a live CD with the Allstars (“I’m Just Dead…”). He also leaves us eight wonderfully weird solo albums plus dozens of tracks recorded with the greats – from Carmen McRae to Screamin’ Jay Hawkins.

Willie will always speak to us from his beautiful books. You can open to any page and immediately be in the company of his “elegantly furnished mind,” as his best friend, William Styron, said at Willie’s funeral.

Willie and Jim represent the best of the South, the “poet’s soul” of our region and our state.

This weekend on The Thacker Mountain Radio Hour, we are honored to celebrate Willie and Jim by revisiting a show from April, 2017. We’ll hear stories from Jim’s widow, Mary Lindsay Dickinson (don’t miss the strawberry jam story!), as well as David Rae Morris, a photographer and filmmaker who is the son of Willie Morris. While we’re on a family homecoming kick, the show also features original music by Lilly Winwood (daughter of Steve) and an appearance by JoJo Hermann of Widespread Panic and his New Orleans-inspired funk band, Slim Wednesday.

As Willie wrote, we will “defy all logic and seize the moment!”

Air times – On line and on air: