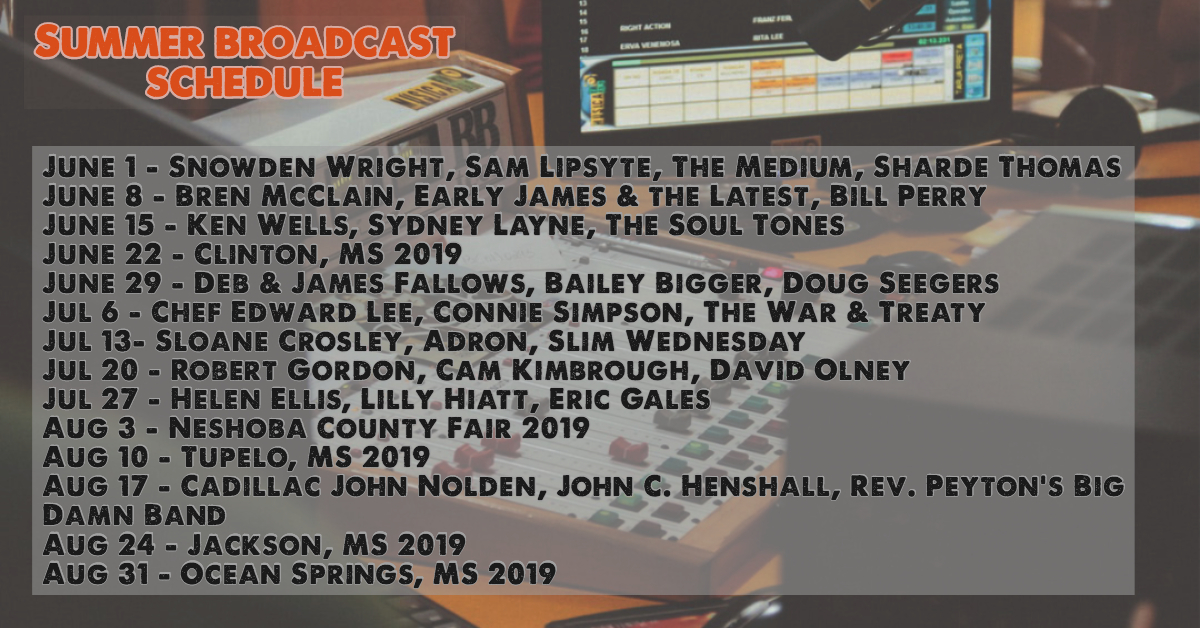 The Thacker Mountain Radio Hour has announced its 2019 summer schedule and the slate includes a series of live performances across Mississippi as well as archival Saturday broadcasts. At the same time, Mississippi Public Broadcasting (MPB) will introduce its re-shuffled Saturday line-up this Saturday, June 1.

The Thacker Mountain Radio Hour’s summer season of live performances kicks off with a strong line-up on June 15 in Clinton, MS with acclaimed author Richard Grant (Dispatches From Pluto) and legendary R&B vocalist, Dorothy Moore (Misty Blue). New Orleans fiddler Amanda Shaw (pictured) rounds out the bill. The show will take place at the Clinton High School auditorium and tickets are $15 and available from the Arts Council of Clinton at https://www.artscouncilofclinton.org/.

Other live shows include Neshoba County Fair (July 27) with HGTV’s Ben and Erin Napier; Tupelo (August 3) with native daughter Paige Williams; Duling Hall in Jackson (August 17) with the Mississippi Book Festival and Ocean Springs (August 24). Show updates will be posted on this website.

The Thacker Mountain Radio Hour can be heard every Saturday at 7 pm on MPB http://www.mpbonline.org/ and at 9 pm on Alabama Public Radio (APR) https://www.apr.org/.

For MPB listeners, beginning this Saturday, June 1, American Routes, a southern roots music show, will move to the 5-7 pm slot which serves as the lead-in to MPB’s broadcast of Thacker Mountain Radio Hour. American Routes presents a broad range of American music — blues and jazz, gospel and soul, old-time country and rockabilly, Cajun and zydeco, Tejano and Latin, roots rock – all enhanced with interviews with artists from those genres.

“I’ve listened to American Routes for 20 years – when I can stay up that late,” he says, referring to the show’s former 11pm-1am time slot. “It will be great to have it on early, plus Nick Spitzer and his interviews and deep music dives, are a complement to our show. Can’t wait to tune in.”

“No matter where you listen, Saturday is the coolest night of the week.”