Born to Be Wilder!

A night of 'Dancin' in the Kitchen' with veteran songwriters Lynn Drury and Webb Wilder!

Webb Wilder says he is a purveyor of both kinds of music, rock AND roll.

With this fearless credo, Webb Wilder has been playing his own brand of country-accented, retro-styled rock & roll since the ’80s, and created a tongue-in-cheek but larger-than-life persona to go along with it.

His most recent releases are the single, New Day and the album, Night Without Love.

One could reasonably say Webb Wilder was playing roots rock before anyone started calling it that, with a twang that came from somewhere in between country and rockabilly, some potent growl in the guitars, a hint of blues in the melodies, a tough backbeat that was just a little bit new wave, and Wilder’s vocals that could project wit while also getting the party effectively started.

Wilder can be heard regularly on his radio show, Afternoons with Webb Wilder, Mon-Thu on WMOT (Middle Tennessee) Roots Radio. 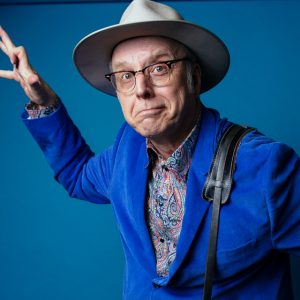 Lynn Drury Americana singer-songwriter (and Mississippi native) Lynn Drury moved to New Orleans in 1995 where she landed a weekly gig at Margaritaville in 1998. By 2003, she became a regular at New Orleans Jazz & Heritage Festival and has been a staple of the NOLA music scene ever since.

Her nine albums include here most recent, Dancin in the Kitchen. Other releases include Rise of the Fall and Come to My House.

Her unique style is the product of her country music raisin’ mixed with her love R&B and pop, and 20 years of soaking up the sounds and vibe of the Crescent City.

She refers to her sound as “NOLAmericana.” 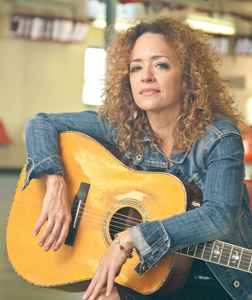