Join us for a live performance and recording of the Thacker Mountain Radio Hour music by Kelly Hogan, Amy Ray, Jon Langford, Tenement Halls.  This show will not air live.  The show is hosted by Jim Dees and our house band, The Yalobushwhackers fronted by the amazing John Paul Keith.

Please note: This show is made possible with special partnership from the Sarah Isom’s Center Sarahfest – celebrating alternative culture.  For a full schedule of events, please click here.  Please join us for a Late Nite at the Powerhouse featuring food, drinks, and performances from everyone on Thacker.  For tickets to the Late Nite, click here (special rates for Thacker Members).

Special thanks, also to Rowan Oak and the University Museum for the use of their beautiful space.  And to the Graduate Hotel, providing accommodation for some guests of the show.

Logistical notes: Please park in the Kudzo Lot (corner of Old Taylor Road and Old Taylor Road on the University of Mississippi’s campus) to catch the free shuttle to and from Rowan Oak.  Bring your lawn chairs and/or picnic blankets (no coolers, please).

The Lyric Theater will provide a cash bar.  Oxford Canteen will prepare a special menu and have food for purchase on-site.  Big thanks to these partner for providing refreshment for a fun night!

Amy Ray is a native of Decatur, Georgia who, since 1985, has been one half (along with Emily Saliers) of the highly successful duo, the Indigo Girls. As a solo artist she has released five albums including her latest, Goodnight, Tender, a CD that explores her love of country music. Ray continues to tour solo and with Saliers as the Indigo Girls who recently released their 14th studio album, One Lost Day (Vanguard Records). Ray will be joined by Seattle guitarist Jeff Fielder. 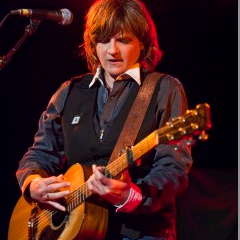 Kelly Hogan is a singer/songwriter known for her solo work and as a singer in Neko Case’s band. Hogan’s latest CD is I Like To Keep Myself in Pain (Anti-) which features organist, Booker T. Jones and guitarist Scott Ligon of NRBQ. Hogan has also made recent appearances singing with Iron and Wine. She will also perform at 10 pm Saturday at the Powerhouse. 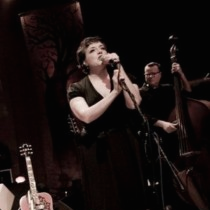 Welsh-born musician Jon Langford was one of the founders of the punk band The Mekons. Now based in Chicago, he has also released six CDs as a solo artist, including his latest, Here Be Monsters. Langford is a also a visual artist known for his striking portraits of country music icons including Hank Williams, Johnny Cash, Buck Owens and Elvis Presley. Nashville Radio, a book of his artwork and writings, was published in 2006. Langford will discuss his life and art with novelist Megan Abbott at the Powerhouse Saturday at noon and perform a full show there at 10 pm. 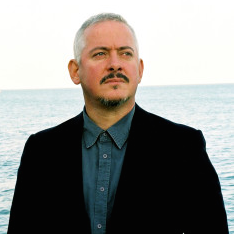 Tenement Halls is the name used by Atlanta-based artist Chris Lopez for his solo work. Lopez was formerly the frontman and lead vocalist for the rock ’n roll band, The Rock*A*Teens. His solo CD is Knitting Needles & Bicycle Bells (Merge). Lopez will also perform at the Powerhouse, Saturday at 10 pm. 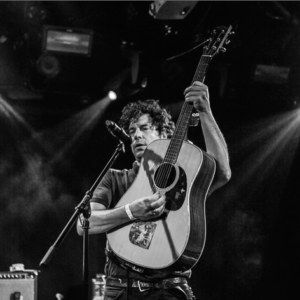 Minton Sparks fuses music, poetry, and storytelling to paint word pictures of the rural South. Her latest CD is, Gold Digger, which spans blues, folk, country, power-pop, and jazz. A native of Tennessee, Sparks recently made her debut on the Grand Ole Opry. 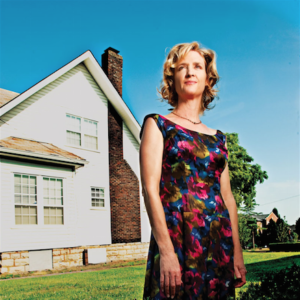