Join us at the Lyric Oxford to celebrate film, literature and music!

Author: Michael Farris Smith – The Fighter – Smith’s novel is now a film, Rumble Through the Dark

Michael Farris Smith is the author of the novels Nick, Blackwood, The Fighter, Desperation Road, Rivers, and The Hands of Strangers.

​Three of Smith’s novels are being made into films with screenplays by Smith.

The Fighter, going by the screen name Rumble Through The Dark, is being produced by Cassian Elwes and directed by Parker and Graham Phillips, whose debut film The Bygone released in November 2019.

Blackwood, optioned to Parker and Graham Phillips, who will direct and produce along with Michael Farris Smith.

Desperation Road, with Christina Voros, of Yellowstone and other projects, set to direct.

Smith has been a finalist for the Southern Book Prize, the Gold Dagger Award in the UK, and the Grand Prix des Lectrices in France. His essays have appeared in The New York Times, Bitter Southerner, Garden & Gun, and more.

He lives in Oxford, Mississippi, with his wife and daughters. 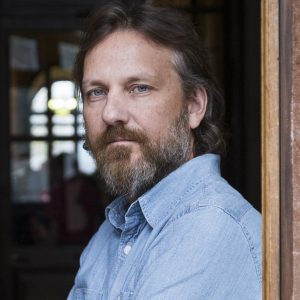 Founded in 2000, the Stax Academy of Music continues the legacy of Stax Records, the legendary 1960s soul label which was a refuge and an active space for dialog during the Civil Rights movement. The Stax Music Academy is a nonprofit organization that provides musical education and youth development for middle and high school students. It also sets up students for college. Last year, all the academy’s graduating students paid for their college through music scholarships.

The current band and its activities were recently the subject of a feature on CNN. Alumni of the band, some of whom will join us for this show, are the subject of a new documentary film, Soul Kids.

The film screens on Thursday, March 24 at 7 pm at the Malco Theatre’s Donna Ruth Robert’s Auditorium. 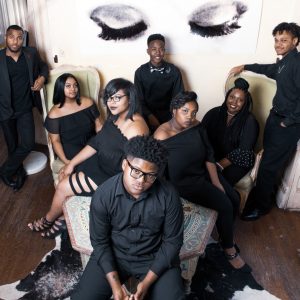 Pink Palaces are an alt-R&B duo from central Mississippi consisting of Nigel James on vocals and Ben Atkinson on guitar and vocals.

Their latest singles are Magnolia Parts I and II and Not For Nothing. 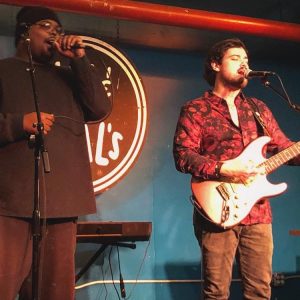