Jeannette Walls, bestselling author of The Glass Castle, has a new novel, Hang the Moon (Scribner) a riveting story of an indomitable young woman, the sharp-witted and resourceful, Sallie Kincaid, who confronts murder and bootleggers during Prohibition Era Virginia.

“The thrilling plot culminates in bombshell revelations… Sallie makes for an indelible heroine…. This is a stunner.” —Publisher’s Weekly, *starred review*

Named a Most Anticipated Book of 2023 by LitHub.

Walls’s memoir, The Glass Castle, has been a New York Times bestseller for more than eight years. She is also the author of the bestsellers The Silver Star and Half Broke Horses, which was named one of the ten best books of 2009 by the editors of The New York Times Book Review.

Walls lives in rural Virginia with her husband, the writer John Taylor.

Molly Thomas and the Rare Birds

Songwriter Molly Thomas was born in Ocean Springs, MS, and now lives in Fairhope, AL. Her latest releases with her band, the Rare Birds, include the LP, Honey’s Fury, as well as her “Covid single,” Everything’s Going to Be Okay.

Thomas has released four critically acclaimed records as a solo artist and her music has appeared in films.

“Ms. Thomas asserts herself and the band supports her well. If today’s rock & roll burns the coal slow then [Honey’s Fury] is doused with starter fluid. Fiery like The Avett Brothers & The Mumfords. All good.” – Americana Highways 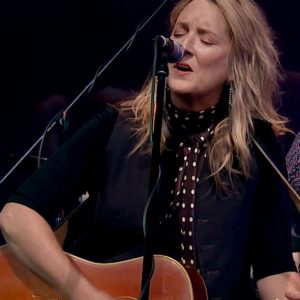 Adeem Maria, (the Artist) is a seventh-generation Carolinian, a makeshift poet, singer-songwriter, storyteller, and blue-collar Artist. They reside in the hills of East Tennessee with their wife, visual-artist High Five Hannie, toddler, and two small cats where they write and record music while perfecting their garlic pizza recipe.

The Artist’s latest album is White Trash Revelry. Produced by Kyle Crownover, (Tyler Childers), all stops were pulled out to showcase Adeem’s songs. The single, “Middle of a Heart,” was a 2022 “Song of the Year” nominee by Saving Country Music.

Adeem the Artist’s previous album was Cast-Iron Pansexual. Rolling Stone said, “[it] lives up to its title with explorations of sexuality and gender expression that are equally clever and poignant.” 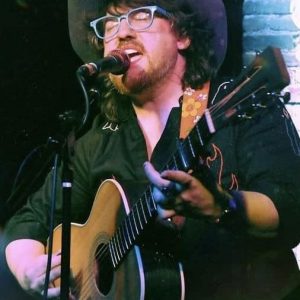