Freeman Vines is an artist, musician and luthier. He is the subject of a new book of photos with narrative text by Vines, Tim Duffy and Zoe van Buren, Hanging Tree Guitars (Bitter Southerner). The book tells the story of Vines’ 50-year quest to build a guitar with a singular tone he had in his head. From his haunted east Carolina landscape, he culled through tobacco barns, mule troughs and radio parts to create a series of hand-carved guitars.

When Vines and photographer Tim Duffy acquired a mysterious stack of wood from the site of a lynching, the pair found themselves grappling with the spiritual and psychic toll of racial violence living in the very grain of America.

“Hanging Tree Guitars is a haunting book that blends the eloquent voice of Freeman Vines with photographs of his guitars – some carved from a tree where a black man was lynched. The book is a grim reminder that race defines both Freeman Vines’ life and our own. Tim Duffy’s photographs bring a dreamlike quality to the book and underscore its timeless power.” 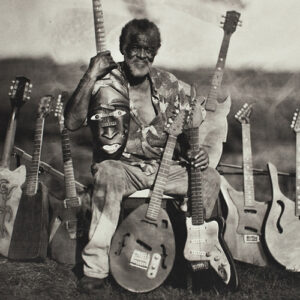 Rebecca Loebe’s latest release is Give Up Your Ghosts, her fifth full-length studio album. Her 2017 album, Blink, was responsible for her securing a record deal with Houston, TX-based label, Blue Corn (home to three-time Grammy nominee Ruthie Foster). Her album, Mystery Prize, spent 2½ months on the Americana Music Association’s airplay chart and made its year-end top 100. Loebe found herself singing to 12 million viewers on NBC-TV’s The Voice. 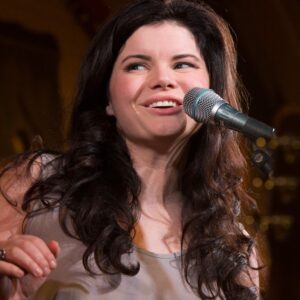 Eighty-four-year-old Earl “The Pearl” Banks has been playing music on Beale Street in Memphis for over 50 years. During his music career he’s been honored with some distinguished awards. In 2004 he received the ‘Beale Street Entertainer of the Year’ award. In 2009 he received The W. C. Handy ‘Authentic Beale Street Musician’ Award. On Saturday, August 03, 2013, Earl was honored as the recipient of a Beale Street Brass Note. Prior to the pandemic, Earl and his band ‘People of The Blues’ – which includes veteran Memphis session musicians – played every Tuesday evening 6-10pm at Blues City Cafe on Beale Street. His CDs include his latest, Why Don’t You Do Right? 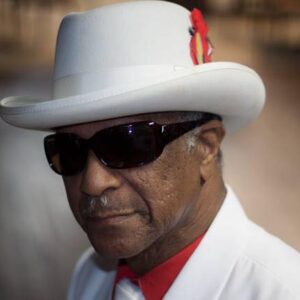