On the Road to Clinton, MS!

The Thacker Mountain Radio Hour, the Oxford, MS-based music and literature program, returns to Clinton on Saturday, June 16 at 6 pm at the Clinton High School auditorium! Tickets are $15 and are available from Clinton Arts Council members, at the door, or online at the Art Council’s website, www.artscouncilofclinton.org. Tickets are also good for a prize drawing during the event.

Guests on the show will include Mississippi novelist Michael Farris Smith, the Panorama Jazz Band and acclaimed bluesman, “Mr. Sipp – the “Mississippi Blues Child.” The show is hosted by Oxford writer Jim Dees and Thacker house band the Yalobushwhackers.
The Clinton High School auditorium is located at 401 Arrow Drive.

There will be no live broadcast of the Clinton performance; the show will air this summer on Mississippi Public Broadcasting (MPB). The Thacker Mountain Radio Hour can be heard in the Jackson area every Saturday at 7 pm on MPB, carried locally on WMPN 91.3 FM.

Michael Farris Smith is the author of The Fighter, (Little, Brown), a pulsating story of a burned out fighter’s forced return to the ring under life and death circumstances. Kirkus Reviews said, “This ferocious fourth novel has vivid descriptions that never slow the pace of the plot, which moves swiftly toward an inevitable but still surprising climax. As violent as it is poetic, Smith’s novel draws the reader in from beginning to end.”

Smith’s previous novels include Desperation Road an Indie Next selection, Rivers, which received the 2014 Mississippi Arts and Letters Award for Fiction, and his debut, The Hands of Strangers. Smith lives in Oxford, MS. 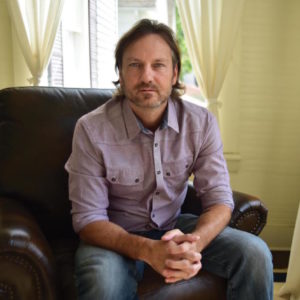 Mr. Sipp, “Mississippi Blues Child,” is gospel/blues guitarist Castro Coleman, originally from McComb, MS. His many accolades include winning the 2014 International Blues Challenge in Memphis against 225 acts from 40 states and 16 countries over four continents. Coleman also took home the Gibson Guitarist award in the band category. His work with gospel group, the Williams Brothers, has been nominated for four Grammys. His 2015 blues album The Mississippi Blues Child (Malaco Records) debuted at #6 on the Living Blues charts was named in the Top 50 of the year. Other albums include It’s My Guitar and Knock A Hole in It.

Castro “Mister Sipp” Coleman is also known for his after-school programs in area schools, teaching the young and old about the blues. 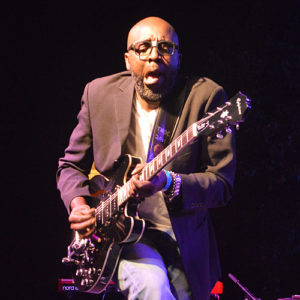 The Panorama Jazz Band is a New Orleans “acoustic party band of the world” that enjoys mixing eclectic influences such as Jewish klezmer, the Creole biguines of Martinique, and folk music from the Balkans and Latin America. The band holds a regular slot at the Spotted Cat, among other clubs in their native New Orleans, where they also march in parades, perform at weddings and the city’s numerous festivals. Their discs include Dance of the Hot Earth (2013), Best of the Good (2016) and their latest, The Next One. 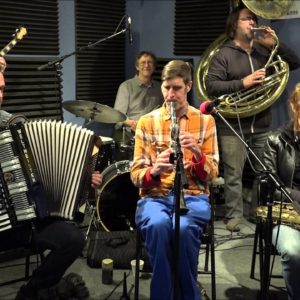