Season Finale with the Wilkins Sisters! 6 pm at the Old Armory Pavilion!

A dazzling debut by Jenny Tinghui Zhang plus the soulful gospel of the Wilkins Sisters and the big-hearted blues of Peggy "Lady Trucker" Hemphill!

Join us and bring a friend for our season finale! Lawn chairs and picnics encouraged!

Thursday, May 19 at 6 pm at the Old Armory Pavilion – We’ll wrap our spring season series of shows with an epic story of kidnapping and survival in the American West and celebrate with foot-stompin’ gospel and blues music.

Saturday, May 28 –3 pm (ET) University of Tennessee at Chattanooga

Four Treasures of the Sky (Flatiron Books) by Jenny Tinghui Zhang is a dazzling debut novel set against the backdrop of the Chinese Exclusion Act, about a Chinese girl fighting to claim her place in the 1880s American West.

When young Daiyu is kidnapped and smuggled across an ocean from China to America, Daiyu must relinquish the home and future she imagined for herself. From a calligraphy school, to a San Francisco brothel, to a shop tucked into the Idaho mountains, we follow Daiyu on a desperate quest to outrun the tragedy that chases her.

As anti-Chinese sentiment sweeps across the country in a wave of unimaginable violence, Daiyu must draw on each of the selves she has been—including the ones she most wants to leave behind—in order to finally claim her own name and story.

Steeped in untold history and Chinese folklore, this novel is a spellbinding feat.

Jenny Tinghui Zhang is a Chinese-American writer. She was born in Changchun, China and grew up in Austin, Texas, where she currently lives. Four Treasures of the Sky is her debut. 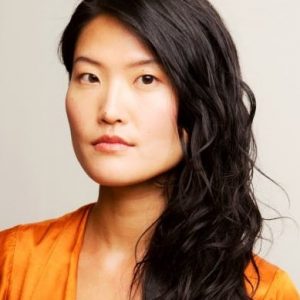 The Wilkins Sisters, Tangela Longstreet and Joyce Jones, (along with Tawana Cunningham) sang and toured with their late father, Rev. John Wilkins (pictured), for years prior to his death on Oct. 6, 2020 at the age of 76.

Since then, sisters Tangela and Joyce (along with granddaughter Toya and niece Beverly) have carried on the family business, singing, touring and recording.

Touring as The Wilkins Sisters, the four vocalists recently wowed the huge crowd at the 2022 Double Decker Music and Arts Festival in Oxford. 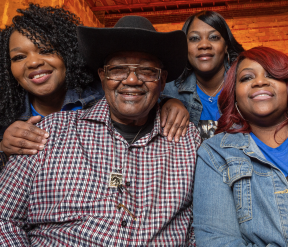 Peggy “Lady Trucker” Hemphill is a member of the blues-singing Hemphill family that includes late patriarch Sid Hemphill (1878-1961) and the late Jessie Mae Hemphill (1923-2006). Ms Hemphill really is a long-distance trucker whose work takes her through Texas and Louisiana.

On her long-haul trips, she buys school supplies to later give away at an annual event each year for schoolchildren in Greenwood, MS.

Her music rocks the Delta blues with occasional zydeco flourishes. 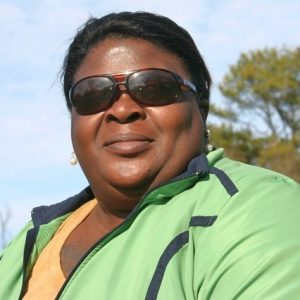