The Life of B.B. King plus Memphis rock and roll and Seratones lead singer, AJ Haynes!

A new biography of the King of the Blues plus John Paul Keith and special guest, Seratones lead singer, AJ Haynes!

Health protocols will be observed including spaced seating and masks when needed. Lawn chairs and picnics welcome. Bring family and friends and join us! We’re asking our audience to please space their seating and keep the health of everyone in mind.

Author: Daniel de Visé – King of the Blues: The Rise and Reign of B.B. King

King of the Blues: The Rise and Reign of B.B. King (Grove/Atlantic) by Daniel de Vise presents the vibrant life and times of a trailblazing giant. Witness to dark prejudice and lynching in his youth, B.B. performed incessantly (some 15,000 concerts in 90 countries over nearly 60 years)–in some real way his means of escaping his past. At the same time, his story reveals the many ways record companies took advantage of artists, especially those of color.

Daniel de Visé is a writer and journalist. A graduate of Wesleyan and Northwestern universities, he worked at The Washington Post, the Miami Herald and three other newspapers in a 23-year career. He shared a 2001 team Pulitzer Prize and garnered more than two dozen other national and regional journalism awards. He interviewed dozens of King’s family and inner circle for this book.

His second book, Andy & Don (Simon & Schuster, 2015), began as a journalistic exploration into the storied career of his late brother-in-law, Don Knotts. Andy & Don is now in its eleventh paperback printing. 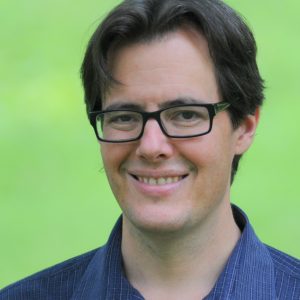 John Paul Keith’s fifth studio album, The Rhythm Of The City, is currently available on Wild Honey Records. Conjuring up his own unique musical mélange –a sweet spot where the sound of Sun blues, Stax soul, and Hi R&B all meet – the record is steeped in the geography and culture of Memphis, which Keith has called home for the last 15 years.

Keith was the leader of our house band, the Yalobushwhackers, from Jan 2015-July 2016. 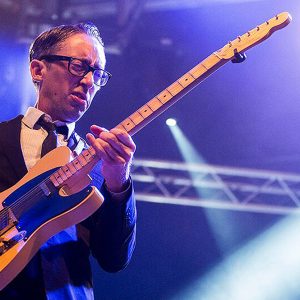 “We went through a pretty dramatic shift with this record,” says Seratones frontwoman AJ Haynes. “The band lineup, the creative process, the sound: all of it changed in ways that really reflected our growth and evolution.”

One listen to Power, Seratones’ spectacular sophomore album, and it’s clear just how much of an evolution has taken place. Produced by Cage The Elephant guitarist Brad Shultz, the record finds the Shreveport five-piece trading in the brash proto-punk of their critically acclaimed debut for a timeless brand of gritty soul, one that takes its cues from vintage Motown and Stax even as it flirts with modern synthesizers and experimental arrangements.

Following her Thacker appearance, AJ Haynes and her band, The Seratones, will perform at Proud Larry’s at 9 pm with opening act, Early James. 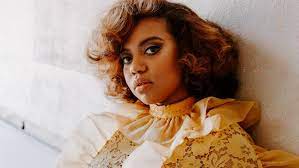