David Rae Morris’ latest book is Love, Daddy – Letters From My Father (University Press of Mississippi). The book contains family and public photos and some of the scores of emotional and supportive letters Willie wrote to his only son from the mid-1970s until Willie’s death in 1999.

Morris reads from and talking about his book and his relationship with his father. The show also includes The Soul Tones, a ten-piece classic rhythm and blues band plus Delta pianist (and longtime Morris family friend), Jim “Fish” Michie.

Love, Daddy: Letters from My Father (Univ. Press of MS) examines the complexities of father-and-son relationships through letters and photographs. Willie Morris wrote scores of letters to his only son, David Rae Morris, from the mid-1970s until Willie’s death in 1999.

Willie was an eloquent and accomplished writer and began to write his son long, loving, and supportive letters when David Rae was still in high school. David Rae photographed his father for 20 years as he received and saved all the correspondence.

David Rae Morris was born in Oxford, England, and grew up in New York City. He and his longtime partner, Susanne Dietzel, live in New Orleans. His photographs have appeared in numerous publications including Time, Newsweek, USA Today, the New York Times, and National Geographic.

His previous book, My Mississippi, a collaboration with his father, was published by University Press of Mississippi in 2000. His documentary films include Yazoo Revisited: Integration and Segregation in a Deep Southern Town, which won the “Most Transformative Film” award at the 2015 Crossroads Film Festival in Jackson.

Willie Morris (1934-1999), a native Mississippian, came to national prominence in the early 1960s as the youngest-ever editor of Harper’s magazine. His first book, North Toward Home, became an instant classic. Among his other notable books are New York Days, My Dog Skip, The Courting of Marcus Dupree, and My Mississippi, the latter two published by University Press of Mississippi. 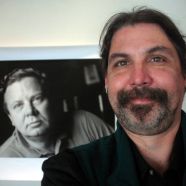 Jim “Fish” Michie is well known to many Yazoo City residents from his days as piano player for the Tangents, a hard driving Delta R&B band from the 1990s. In recent years, Michie has collaborated with jazz singer, Kristian Dambrino.

The duo’s CD, Bluer Than This, won the 2017 Mississippi Institute for Arts and Letters Award for Best Popular Music Composition.

For his Thacker appearance Fish will perform solo and with our band. 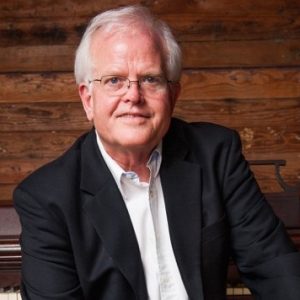 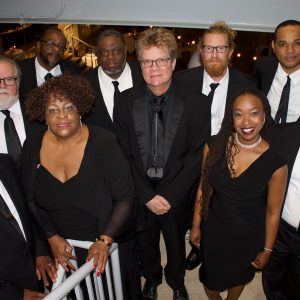