Family drama in the Mississippi Delta, Appalachian music (by way of Seattle) and rockin' R&B

Saturday, October 24, The Thacker Mountain Radio Hour welcomes a debut novelist who is nominated for the Willie Morris Award For Fiction plus acoustic roots music and classic soul!

(Note: Other nominees for the Willie Morris Fiction Award include De’ Shawn Charles Winslow for his novel, In West Mills, and Margaret Wilkerson Sexton for her novel, The Revisioners. Margaret appeared on our show on 11-7-19. You can hear that show here. The winner of the Willie Morris Awards for Southern Writing, given in poetry and fiction (and soon, non-fiction) will be announced on March 12, 2021).

Chanelle Benz’s debut novel is The Gone Dead (Ecco) an inventive, gritty and astonishing story about race, justice, and memory that lays bare the long-concealed wounds of a family and a country.

A small inheritance leads to a great mystery. Billie James, a cosmopolitan urbanite from Philadelphia, inherits a shack in the Mississippi Delta from her father, an acclaimed black poet who died one mysterious night when she was 4. She returns 30 years later with her dog and a gun for protection in the rural South. The house is obscured, her father’s death is more mysterious than previously thought and stories surface that she herself went missing the night of his death.

As she moves among the locals, the mysteries intensify and suddenly these forgotten parts of her past put her in danger.

The Gone Dead was a New York Times Book Review Editors Choice and has been nominated for the Willie Morris Award For Fiction. Benz’s previous book was the story collection, The Man Who Shot My Eye Out Is Dead, which was long-listed for the 2018 PEN/Robert W. Bingham Prize for Debut Fiction.

Benz lives in Memphis where she teaches at Rhodes College. 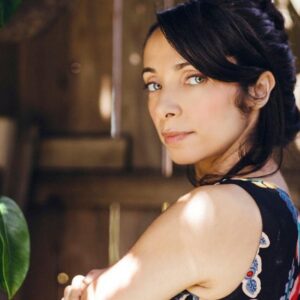 Seattle songsters Ben Hunter and Joe Seamons celebrate old-timey music by bouncing from fiddle and banjo breakdowns to a cappella field hollers. Their repertoire takes in early jazz and gospel songs, dance tunes and prison ballads, They also celebrate Piedmont style blues and gospel shouts with kazoos and rattlin’ bones. Such versatility has garnered the duo much acclaim including winning the International Blues Challenge in 2016.

Their performances are highlighted by story-telling that ties history with current events.

Their albums include Do You Call That A Buddy? with harmonicaist Phil Wiggins; The North Wind and Stars and Take Yo Time.

“Ben Hunter and Joe Seamons aren’t so much a throw-back to the music of the pre-war era songster tradition as they are alchemist-shamans, seemingly sent from those times to the 21st century to wake us up to the music that is embedded deep within us. It is our national heritage.” — No Depression 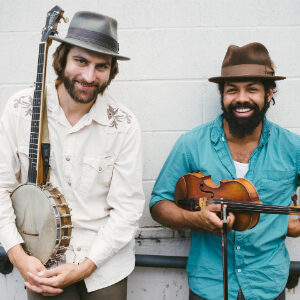 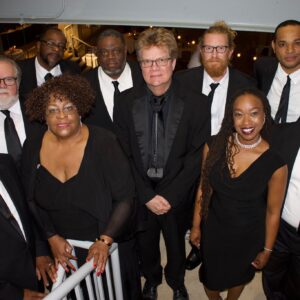