Author: Marissa R. Moss – Her Country: How the Women of Country Music Became the Success They Were Never Supposed to Be

Music: Songwriter Langdon Lloyd Miller and acoustic duo, Up Around the Sun

Marissa R. Moss is the author of Her Country – How the Women of Country Music Became the Success They Were Never Supposed to Be (Macmillan). The book examines the careers of Maren Morris, Mickey Guyton and Kacey Musgraves and their paths to stardom and their battles against the deeply embedded Nashville boys’ club.

“… a master class on the startling inequities in country music, introducing us to the modern-day pioneers, the rebels, the risk takers, the marginalized and the misfits.” — Brandi Carlile, Grammy-winning artist and New York Times bestselling author of Broken Horses

Marissa R. Moss has written about the topic of gender inequality on the country airwaves for outlets like Rolling Stone, NPR, Billboard, Entertainment Weekly, and many more.

Moss was the 2018 recipient of the Rolling Stone Chet Flippo Award for Excellence in Country Music Journalism, and the 2019 Nashville Scene Best of Nashville Best Music Reporter. 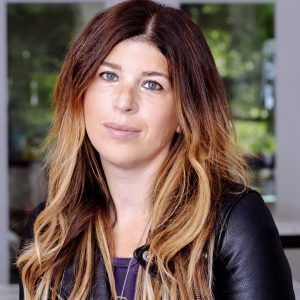 Up Around the Sun

Up Around the Sun is an instrumental folk duo from Austin, TX featuring guitarist Tim Kerr and clawhammer banjo player Jerry Hagins. Their releases include Self Taught and their latest, Up Around the Sun.

When asked to describe their sound Tim said, “Take old time tunes played on a banjo, claw hammer style…. add an open tuned guitar… playing a loose Irish style… sprinkle in some harmonica and fiddle, and you get Up Around The Sun.”

A folk duo is a new wrinkle for Kerr who is also an acclaimed painter and skateboard artist. His Wiki page lists his genre’s as: “Hardcore punk, skate punk, punk funk, post-punk.” 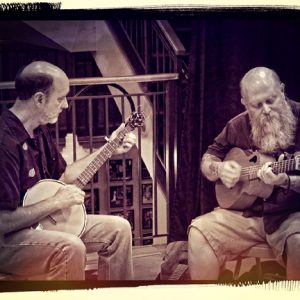 Landon Lloyd Miller’s latest single is Let Go, the first release, he says, from a batch of upcoming new songs. His debut album is Light Shines Through. Miller grew up in Louisiana and currently calls Texas home. His music is his own brand of American roots music: a southern sound inspired by folk songs, murder ballads, country classics, and everything in between.

Miller is also known as the former front man for the Shreveport-based “space western” band, The Wall Chargers. 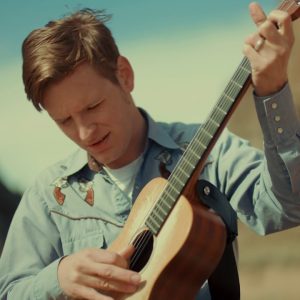