Friday, Sept. 30 and Saturday, Oct. 1 – Tune in as we welcome back one of our favorite poets, Derrick Harriell along with songwriters Vitamin Cea and Cody Rogers.

The show is hosted by Jim Dees and our house band, the Yalobushwhackers.

Derrick Harriell’s new book, Come Kingdom (LSU Press), chronicles a Black man’s journey toward an ever-elusive American Dream with poems anchored in the trenches of personal crossroads ranging from child conception to substance abuse and racism. The collection follows a male speaker as he and his partner family plan, hoping to provide their son with a sibling. Their troubles burst through in bold poems that incorporate both medical and mental hurdles. At the same time, it pays homage to Black musical icons such as Marvin Gaye, Whitney Houston, Tupac Shakur, and Nipsey Hussle.

Derrick Harriell is an Associate Professor of English and African American Studies at the University of Mississippi. His previous collections of poems include Stripper in Wonderland, and Cotton, and Ropes. He is a past winner of the Mississippi Institute of Arts and Letters Poetry Book Award. 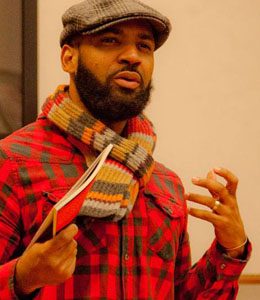 Vitamin Cea is Charity Hicks, a songwriter originally from Gautier, MS on the Mississippi Gulf Coast. Her releases include the albums Cea Sick Saturday and the singles, The Guidance Fairy, Cea Ya L8L and My Skin Is Black. Her lyrics reflect her honesty and soul as she rhymes about her confusion, adoration, and at times, disdain for the world. 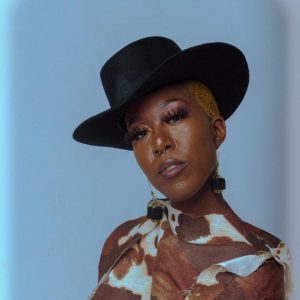 Cody Rogers is a singer-songwriter originally from Corinth, MS. His latest album is Tishimingo. It includes the singles, Preacher’s Kids and The Night I Lost You. His previous album is My Heart is the Most Lonesome Rodeo. He is also known as the front man for the band, The Holy Ghost Electric Show. 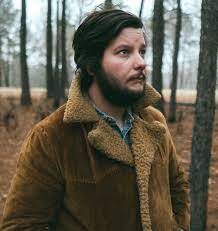