Tune in for a special show with the 2018 Pulitzer Prize winner for Fiction, Andrew Sean Greer and his hilarious novel, Less Is Lost.

The show is hosted by Jim Dees and our house band, the Yalobushwhackers.

Andrew Sean Greer’s 2017 novel, Less, won the 2018 Pulitzer Prize. Now he’s back with Less is Lost (Little, Brown) featuring the awkward and lovable Arthur Less as he embarks on an unforgettable road trip across America.

Less roves across the “Mild Mild West,” through the South and to his mid-Atlantic birthplace, with a human-like black pug, Dolly, and a rusty camper van nicknamed Rosina.

“… hilarious, affecting, and unforgettable.”—Marlon James, winner of the 2015 Booker Prize

Andrew Sean Greer is the author of six works of fiction, including the bestseller, The Confessions of Max Tivoli. Greer has taught at the Iowa Writers Workshop, been a TODAY show pick,  a winner of the California Book Award and the New York Public Library Young Lions Award. He is the recipient of a NEA grant, and a Guggenheim Fellowship. He lives in San Francisco. 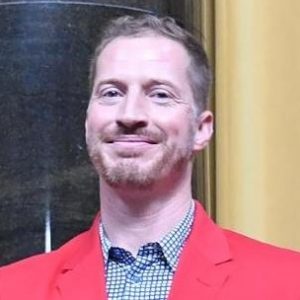 Mike Baggetta’s singular and very personal musical style seeks to blur the lines between composition and improvisation, while connecting a wide range of musical genres that influence him. He has earned accolades from the press that call this approach “…beguilingly atmospheric…” (Time Out New York) and that “Baggetta’s music is quietly transgressive… Even when he plays a lot of notes, his playing can sound almost static, as though ideas were being snagged out of thin air.” (Hartford Courant) 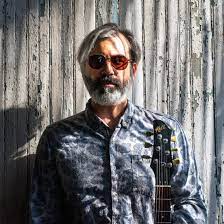 Memphis Americana stalwart Dan Montgomery has released The Phenobarbiedoll EP which contains one new track and remixes of four others. Montgomery’s sixth full-length album is, Smoke and Mirrors (a phonographic memory) (Fantastic Yes Records). The album is a song cycle about an unlikely friendship/mentorship that takes in bank robbers, meat cutters, hard-timers and a backdrop of a decade of methamphetamine.

“A tremendous record. It’s got brains. Hooks. Variety. Emotion. The Rock. Humor – everything you’d want from a record.” – Rick Cornell, No Depression 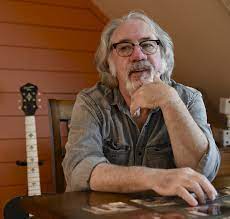