Join us Thursday, Nov. 10 at 6 pm at Off Square Books (129 Courthouse Square) in Oxford for a live performance and recording of the Thacker Mountain Radio Hour. FREE Admission.

Born in Corbin, Kentucky, Ronni Lundy has long chronicled the people of the “hillbilly diaspora” as a journalist and cookbook author. Her latest book is Victuals (Clarkson Potter).

The book is a collection of essays and recipes that guides readers through the diverse history–and vibrant present–of food in the Mountain South. Each chapter explores a specific defining food or tradition of the region–such as salt, beans, corn (and corn liquor).

Lundy is the former restaurant reviewer and music critic for The Courier-Journal in Louisville, former editor of Louisville Magazine, and has contributed to many national magazines. Her book Shuck Beans, Stack Cakes and Honest Fried Chicken was recognized by Gourmet magazine as one of six essential books on Southern cooking. 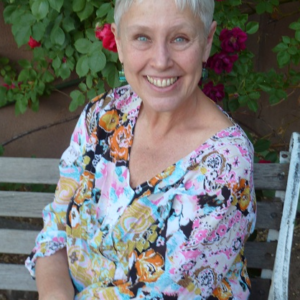 Robert Kimbrough Sr.’s latest CD is “Willey Woot,” the title referring to the name his father called him as a child. The album features his brothers David and Kinney and Duwayne Burnside, and consists of twelve originals, though his “Packing Up” builds on the melodic structure of his father’s “Meet Me in the City.”

Robert Kimbrough first began playing drums as a child, and in the early ‘90s backed his father on tour on the instrument. He later played bass with David (guitar) and Kinney (drums), and picked up the guitar in the early 2000s.

Kimbrough and his band began playing regularly at the Hut in Marshall County in 2009, and they were recently featured in the blues-themed web TV series “Moonshine & Mojo Hands.” In addition to bookings at regional festivals, they have upcoming shows planned in Israel, Switzerland and France. 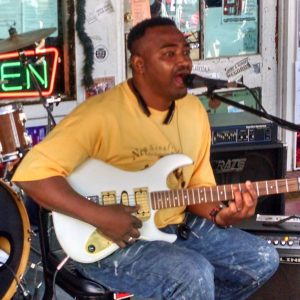 Bluesman Eric Deaton’s CDs include Gonna Be Trouble Here and Smile at Trouble. Deaton moved from North Carolina to Mississippi straight out of high school and entered a higher education program of moonshine-fueled hill country blues at the world-renowned Junior Kimbrough’s juke joint in the mid to late ’90’s.

Apprenticing under the late trance-blues masters Junior Kimbrough and R.L. Burnside (and various other members of their extended families), Eric was thoroughly immersed in the North Mississippi blues tradition. He played, lived and toured with other Mississippi blues artists such as T-Model Ford, Paul ‘Wine’ Jones, and Big Bad Smitty.

Eric’s sound is firmly rooted in the electric juke joint style, with dashes of influence from early Funkadelic, East Indian sitar drones, and a nod to the blues’ West African roots. 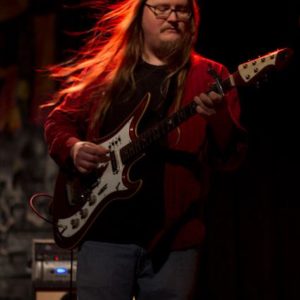