Toasting our friends, including National Book Award winner, Jason Mott, at the Oxford Conference for the Book!

Thurday July 21, Friday, July 22 – Saturday, July 23 – For this show, recorded this past spring, we were once again delighted to join with our friends at the Oxford Conference For The Book!

Hosts: Jim Dees and our house band, the Yalobushwhacker Big Band with the Thacker Horns and vocalist Mary Frances Massey

Jason Mott has published four novels. His first novel, The Returned, was a New York Times bestseller and was turned into a TV series that ran for two seasons.

His most recent novel, Hell of a Book (Dutton), was named the winner of the National Book Award for Fiction, 2021.

In Hell of a Book, a Black author sets out on a cross-country publicity tour to promote his bestselling novel. That storyline drives Hell of a Book and is the scaffolding of something much larger and more urgent: Mott’s novel also tells the story of Soot, a young Black boy living in a rural town in the recent past, and The Kid, a possibly imaginary child who appears to the author on his tour.

As these characters’ stories build and converge, they astonish. For while this heartbreaking and magical book entertains and is at once about family, love of parents and children, art and money, it’s also about the nation’s reckoning with a tragic police shooting playing over and over again on the news. And with what it can mean to be Black in America.

Hell of a Book is the novel Mott has been writing in his head for the last ten years. And in its final twists, it truly becomes its title.

The novel was chosen as a “Book of the Year” by numerous publications including The Washington Post, TIME, The Philadelphia Inquirer, USA Today, NPR, The Atlanta Journal Constitution and many more. 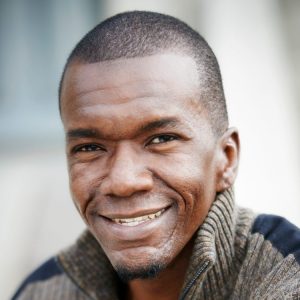 Author of the poetry collection, The Collection Plate (Ecco), Allen loops exultantly through the overlapping experiences of girlhood, Blackness, sex, and personhood in America.

The award-winning essayist and poet braids together personal narrative and cultural commentary, wrestling with the beauty and brutality to be found between mothers and daughters, young women and the world, Black bodies and white space, virginity and intrusion, prison and freedom, birth and death.

Most of all, The Collection Plate explores both how we collect and erase the voices, lives, and innocence of underrepresented bodies—and behold their pleasure, pain, and possibility.

Kendra Allen was born and raised in Dallas, Texas. She is the recipient of the 2018 Iowa Prize for Literary Nonfiction for her essay collection, When You Learn the Alphabet, awarded by Kiese Laymon.

In 2015, Tampa, Florida-native Dollbaum moved to New Orleans to study at the University of New Orleans for his master’s in poetry.

While in New Orleans, he worked as a carpenter and began writing the songs that eventually became Wellswood. The album was recorded over many sessions during the pandemic in New Orleans in an old hotel suite-turned-recording studio by friend and fellow musician Matthew Seferian. Thomas still resides there, running his own carpentry business.