Crime novelist Ace Atkins, the Mighty Souls Brass Band and a new release by the late Duff Dorrough and the Revelators!

Saturday, July 24 – The Thacker Mountain Radio Hour welcomes award-winning crime novelist Ace Atkins with his 10th Quinn Colson action-adventure novel, The Revelators. Our musical guests will include new music from the Mighty Souls Brass Band and selections from the just-released gospel album, The Revelators – Memphis to Monticello. The band on the new album includes the late Gerald “Duff” Dorrough, our beloved former bandleader of the Yalobushwhackers.

From the Thacker Shack! Hosts: Jim Dees and our house band, the Yalobushwhackers

Air times – On line and on air:

The latest novel in Ace Atkins’ Quinn Colson series, number eleven, is The Heathens (Penquin Randon House). The book is available now. In it, Sheriff Quinn Colson and his former deputy Lillie Virgil find themselves on opposite sides of a case for the first time after a woman is found dead and three delinquent teens go on the run.

Ace Atkins is the author of twenty-six books, including his previous Quinn Colson novel, The Revelators (Putnam), the tenth in his series of Quinn Colson novels. The first two of the Colson series, The Ranger and The Lost Ones, were nominated for the Edgar Award for Best Novel (he has a third Edgar nomination for his short story “Last Fair Deal Gone Down”).

Quinn Colson, is an army ranger who has returned home from Afghanistan to rural northeast Mississippi where he is elected sheriff amid spiraling drug and sex trafficking, murder and deep-seated political corruption.

As The Revelators opens, Colson has been shot multiple times and left for dead as his new wife is about to give birth to their first child. The story explodes with colorful characters as Colson recovers and begins his hunt for his assailants.

Atkins is also the author of seven New York Times-bestselling novels in the continuation of Robert B. Parker’s Spenser series. Before turning to fiction, Atkins was a correspondent for the St. Petersburg Times and a crime reporter for the Tampa Tribune.

Atkins and his family live outside Oxford, MS. 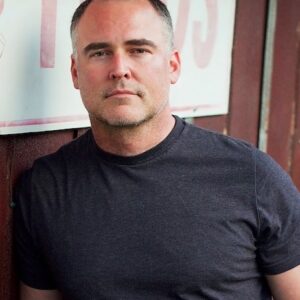 The Mighty Souls Brass Band is group of Memphis musicians who take their love of New Orleans-style brass band music to explore soul, funk, R&B and world music. Their latest CD is, The People, which includes the single, People Over Profits.

Their previous CD is Lift Up! 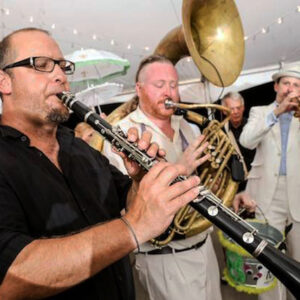 The Revelators came together in 1997 to play a “one off” gospel show at the Smithsonian’s American Folklife Festival in Washington, D.C. The event was re-staged a year later in Greenville, MS. The group would eventually include former Thacker bandleader Duff Dorrough, and vocalists/guitarists Carl Massengale and Jim Ellis. They soon added vocalist Bobby Harris, Dave “Groove” Parker on bass and Earl Lowe on drums.

The group played live throughout the late 1990s into the early 2000s, including a series of acoustic appearances on The Thacker Mountain Radio Hour in 2000 and 2001 and later appearances in 2005. The group recorded two CDs worth of electric material, both sacred and secular, that has never been released  – until now.

The Revelators – Memphis to Monticello, a two-CD set, is now available. It includes originals by Dorrough (Baby Blue Pearl, Favorite So and So), Ellis (I Know That You’re My Friend) as well covers of gospel greats Mahalia Jackson, the Staple Singers and Al Green, plus tunes by Bob Dylan and Junior Brown.

Though the band is no longer together (Dorrough passed away in 2012), Memphis to Monticello displays their tight harmonies, solid musicianship as well as their deep love of gospel, blues and rock and roll.

You may order the CD here. 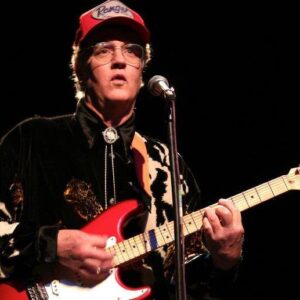