The Killing Hills with Chris Offutt!

Saturday, June 11 – We’re going country dark with author Chris Offutt as we discuss his atmospheric mystery novel, The Killing Hills. The book and its quirky hero, Mick Hardin, have spawned an “accidental” trilogy of books centered on the character and setting of Offutt’s titular eastern Kentucky.

Music: Blues musician Eric Deaton will discuss his recent work with the Black Keys, Jimmy “Duck” Holmes and Robert Finley and share some tracks. Ghalia Volt will also join us for a fiery slide guitar set.

The novel is a well-paced thriller that still takes the time to smell the opossums. A suspicious death (what else) triggers the action of loyalties and rivalries in a fiercely private community in the Kentucky backwoods.

Offutt knows his territory and genre well. Yet he turns most thriller tropes on their head in this witty and entertaining “holler noir.”

Offutt’s previous books include the novels Country Dark and The Good Brother, the short-story collections Kentucky Straight and Out of the Woods, and three memoirs: The Same River Twice, No Heroes, and My Father, the Pornographer.

He lives in rural Lafayette County near Oxford, Mississippi.

Bassist/guitarist/vocalist Eric Deaton appears on Delta Kream the latest album by the Black Keys. He’ll join us to discuss his career and play tracks from his recent work. His CDs include Gonna Be Trouble Here and Smile at Trouble. In the mid to late 1990’s, Deaton apprenticed under the late blues masters Junior Kimbrough and R.L. Burnside

He appears on the 2019 recording, Cypress Grove, by Jimmy Duck Holmes which was chosen as a ‘Favorite Blues Album’ by AllMusic and received a Grammy nomination for Best Traditional Blues Album at the 2021 Grammys.

Deaton will discuss the loose nature of the recording sessions and spin the raucous tune, Make Me Feel Alright. 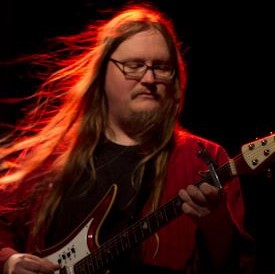 Ghalia Volt is a slide guitarist/vocalist from Brussels, Belgium now based in New Orleans. Her latest CD is Mississippi Blend (Ruf Records). The album debuted at #3 on the Billboard blues charts. The disc was recorded in Coldwater, MS at the Zebra Ranch and features Cody Dickinson, Lightnin’ Malcolm, Cedric Burnside and Watermelon Slim, on harmonica. Her previous CD was Let the Demons Out which rose to #23 on the Living Blues chart. 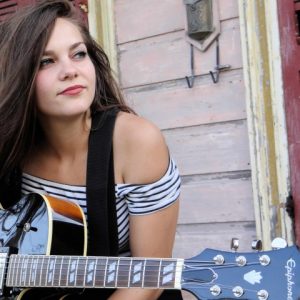