Deep in the Heart of the Delta!

Air date: Saturday, March 12 – A trip to the Mississippi Delta in stories and song!

Live recording date: Saturday, March 5 at 3 pm in Studio A of the Whitfield Building on the campus of Delta State University in Cleveland, MS. FREE Admission.

NOTE: This show will be recorded on Saturday, March 5th in Studio A of the Whitfield Building on the campus of Delta State University in Cleveland, MS.

No live broadcast. Admission is free, and open to the public. Love to see you there!

This show also gives us an opportunity to raise awareness in support of the Jerry “Duff” Dorrough Memorial DMI Scholarship. Dorrough, who passed away in 2012, was an art major at Delta State, former bandleader for the Thacker Mountain Radio Hour and a great friend and soulful presence. This scholarship is unique, like Duff. The money goes to deserving students in art and music.

Tricia Walker is a Mississippi-born singer and songwriter whose songs have been recorded by Faith Hill, Patty Loveless and Alison Krauss, whose performance of Tricia’s Looking in the Eyes of Love earned a Grammy.

Tricia’s instrumental skills earned her a spot backing Grand Ole Opry star Connie Smith, with whom she played for six years. She also toured extensively with Shania Twain and Paul Overstreet as a keyboard player and vocalist.

Tricia returned to her native Mississippi in 2006 to become director of the Delta Music Institute, an entertainment industry studies program at her alma mater, Delta State University in Cleveland, MS.

She retired from DSU in 2019 as Director Emerita, DMI and Professor of the Practice Emerita in Entertainment Industry Studies.

She is now serving as the music ambassador for the City of Cleveland, MS where she is leading the Deep Roots music initiative. 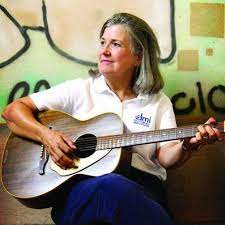 Keith Johnson is a 24-year-old traditional Mississippi bluesman who is the great nephew of Muddy Waters. Keith and The Big Muddy Band have toured across Europe and Brazil. Johnson’s albums include Come to Mississippi and Sounds Like Christmas.

Johnson is a graduate of the Delta Music Institute audio engineering program at Delta State University. 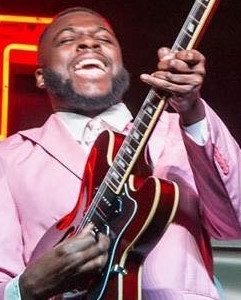 The Bobalows are a Delta rock and roll band who embrace all the influences of their storied musical landscape: rock, blues, country and gospel.

The band is anchored by George Lawrence on drums, Scott Coopwood on guitar and Barry Bays on bass. 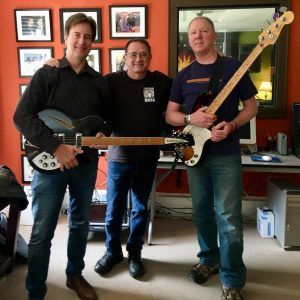 DeltaRox is a classic rock band made up of students from the Delta Music Institute at Delta State University. Their specialty includes rock hits from the 1970s and ‘80s.

Band leader and instructor, Barry Bays, notes, “this DMI ensemble is working hard to present a wide range of songs that have grown out of various styles of roots music to become American classics.”

(Note: Photo is a former line-up) 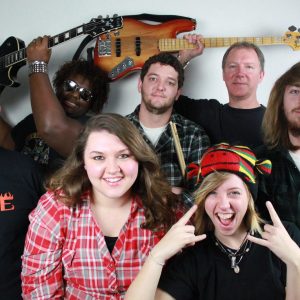