An evening of Mississippi poetry and tunes and tales from Tennessee

Friday, Oct. 21 and Saturday, Oct. 22 – A debut poet from Mississippi and two cool songwriters from Tennessee  – who are also published poets. Join us for an evening of poems, songs, stories and more!

Thacker Mountain Radio Hour is proud to partner with the Sarah Isom Center for Women and Gender Studies on this special Sarahfest edition as part of their annual arts and music festival that highlights women and minorities in the arts. Thacker Mountain Radio Hour has long been a community event that creates the space to build long lasting relationships among community members, artists, and authors. The partnership with the Isom Center is a natural one, and we are pleased to be included in the Sarahfest lineup of events.

Salazar is a Latinx poet and librarian from Mississippi. He is the 2020 recipient of the Mississippi Institute of Arts and Letters Award in poetry.

He is the author of three chapbooks, and his poems have been published in the Rumpus, West Branch, Cincinnati Review, Beloit Poetry Journal, 32 Poems, Denver Quarterly Review, and elsewhere. 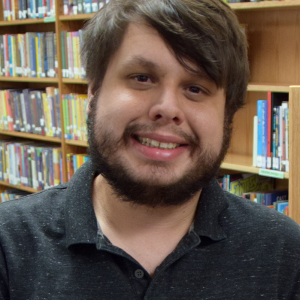 East Nashville songwriter Amelia White’s latest album is the just released Rocket Rearview. Her sound has been described as “musical comfort food, coming from that classic place between singer-songwriter, jangle pop and country that comes for the beating heart of the Americana format.”

Her previous albums include Rhythm of the Rain (the title track named one of Rolling Stone’s “Best Country Songs to Hear”), Old Postcard and Beautiful and Wild.

Her books of poetry include Home on the Strange.

RB Morris is a poet and songwriter, solo performer and band leader, and a sometimes playwright and actor from Knoxville, Tennessee. He has published books of poetry including Early Fires  (Iris Press), Keeping The Bees Employed, and The Mockingbird Poems.

His music albums including Spies Lies and Burning Eyes, and Rich Mountain Bound.

He is the author/performer of a one-man play based on the life of James Agee, The Man Who Lives Here Is Loony.

Morris served as the Jack E. Reese Writer-in-Residence at The University of Tennessee from 2004-2008, and was inducted into the East Tennessee Writers Hall of Fame in 2009. He currently lives in Knoxville with his wife and daughter. 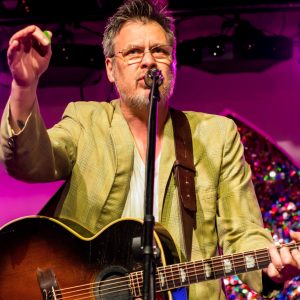